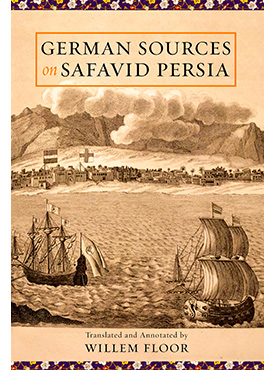 For this book, Willem Floor has selected and translated into English thirteen German sources reporting on events in Iran from 1580 to 1722. One of these sources has never been published before; four of them are complete books, while the others only have sections dealing with Iran. Most of these sources are unknown to scholars either because they are hard to find or because the Gothic script and obsolete words makes them difficult to read, even for German scholars. Ten are travel books: six largely about Bandar Abbas and Qeshm. Three of the authors narrate their encounters with Persia and Persians, from Azerbaijan down to the Persian Gulf and Qandahar. One is a fragment of a diary with very interesting information, and the last two were written to inform the interested reader about Iran, its geography, its people, its economy and its type of government. In fact, the last book was especially written to apprise the public about current events in Iran in 1722, providing breaking news on the Russian invasion of Persia with background information for context. These translations provide much new information for scholars interested in Safavid Persia. They also shed light on how Europeans viewed Persia and Persians, and how they were able to learn about them without having to travel there.