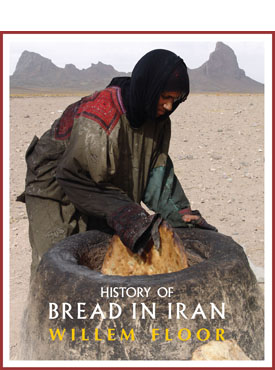 Available for the Kindle & iPad, or in a Paperback edition.

The Kindle edition of History of Bread in Iran is an exact reprint of the printed book and can be viewed using Kindle Fire as well as on the iPad using the Kindle app for iPad. The iTunes iBook edition of History of Bread in Iran is a fixed format digital edition of the printed book, which matches the pages number but the type is digital, which means the hyperlinks are live.
Given the importance of bread in the Iranian diet, it is surprising that its role in Iranian society has so far been ignored as a subject of study.