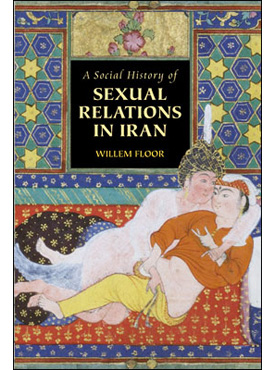 A Social History of Sexual Relations in Iran

This study illuminates the 2,500-year social history of sexual relations in Iran. Marriage, temporary marriage, prostitution, and homosexuality are all discussed, as well as the often unintended result of these relations—sexually transmitted diseases.

A Social History of Sexual Relations in Iran uses travelers’ accounts, Iranian and international archival sources, as well as government data, to bring together, in detail, and within the context of Iranian culture and religion, the nature, variety, and problems of sexual relations in Iran over the ages.

Finally, Willem Floor summarizes the issues that Iranian society faces today—which are not dissimilar to that of many other industrial nations—the challenge to the male claim to dominance over women; change in the age of marriage; premarital sex; rising divorce rates; rising promiscuity; prostitution; sexually transmitted diseases; homosexuality; and street children.