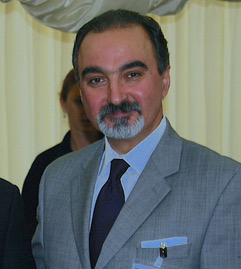 Manoutchehr Eskandari-Qajar received his Magister in International Relations and International Law from the University of Vienna in 1980 and his M.A and PhD in Political Theory from the University of California, Santa Barbara in 1982 and 1984 respectively. He is Professor of Political Science and Founder/Director of the Middle East Studies Program at Santa Barbara City College. He is co-founder and past president of the International Qajar Studies Association (IQSA), a scholarly association dedicated to the study of the Qajar era. In 2009, he joined a team of scholars at Harvard University working on the NEH-funded Women’s Worlds in Qajar Iran Harvard Project. In 2013, Eskandari-Qajar was selected California Professor of the Year by the Carnegie Foundation for the Advancement of Teaching.

Mage published his translation of the Tarikh-e `Azodi, Life at the Court of the Early Qajar Shahs in 2014