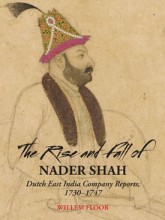 By any measure, Nader Shah—founder of the Afsharid Dynasty—ranks as a towering figure in Iranian history. Rising from the humblest of origins, he became a military commander of genius, restored an embattled Persia to imperial greatness, and proceeded to wield the power of the throne with a ruthlessness that approached derangement. Yet much about the man and his tumultuous times remains obscure.[read more>>]