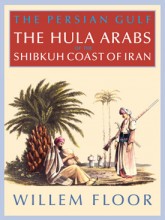 Little is known about the Arab migrants who settled on the Iranian coast between Bushehr and Lengeh in the late 1500s. They were a disparate group of small tribes of sailors, traders, fishermen, pearl divers, and cultivators. Although they were all referred to as the Bani Hula, they were not a uniform group. In fact, they were each other’s fiercest competitors for access to the pearl banks. This frequently led to bloody and murderous encounters and feuds.[read more>>]