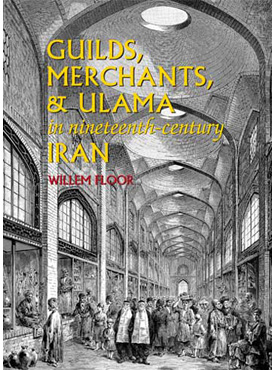 Guilds, Merchants & Ulama analyzes the major functions and characteristics of these groups, and discusses how they each coped with the pressures of the world market to which Iran was increasingly exposed and which resulted in the disappearance of jobs reducing Iran’s economic and political independence. After 1870, Iran’s economic situation was aggravated by an influx of peasants into the main cities significantly increasing the size of permanent unskilled labor in these cities. Guilds only provided some measure of social and economic benefits and protection to its members but could not prevent major downsizing, which is detailed in a contemporary report included here in translation. Meanwhile, both the merchants and the ulama demanded government action to better protect the country’s economy and its independence. To make a bigger fist, the ulama, merchants and reformists mobilized the guilds to support their political ends. As such, the guilds provided the force that powered the political events, which resulted in the Iranian Constitutional Revolution in 1906.

The ulama’s interference in economic life only made matters worse. They had no grasp of economics, beyond stating that people should not be greedy. And the guilds, despite their visible role during the 1905–06 events, found themselves used, and discarded when they were no longer needed. This created the parameters for major structural change to finally take place after 1925.

In Guilds, Merchants, & Ulama Willem Floor provides a detailed analysis of primary source references essential for a better understanding of the socio-economic conditions that led to Iran’s push toward modernization in the first quarter of the twentieth century.