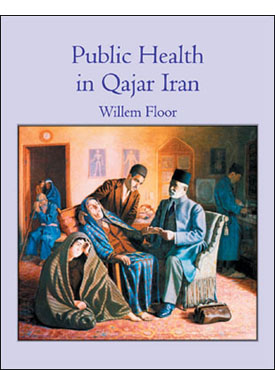 Until Now, there have been no books and only a few articles available in English that deal with the actual practice of medicine in nineteenth and early twentieth-century Iran. Willem Floor’s Public Health in Qajar Iran fills this lacuna, giving a broad and comprehensive survey of the state of public health, medical practice, and its practitioners in 1800-1925. Based on firsthand accounts of European travelers and doctors who practiced and observed medical treatment, the study provides an overview of the major diseases the population suffered and how these were treated. It also includes the available evidence logged by Iranian patients abroad and at home, as well as contemporary Persian texts that comment on public health and its practice in Iran.

Floor shuns the analysis of classic Islamic medical textbooks, explaining that their medical advice was hardly ever administered and that the authors often had ideological (religious) agendas in writing these treatises. Instead, Floor investigates the commonly accepted theories of diseases, disorders, and their cures, including Islamic Galenic medicine and pre-Islamic theurgic folk medicine based on traditional herb lore and trial-and-error. The book concludes with the impact of Western medicine on the traditional medical institutions and public health in Qajar Iran. This exhaustive inquiry will enthrall scholars of Iran and medicine alike.