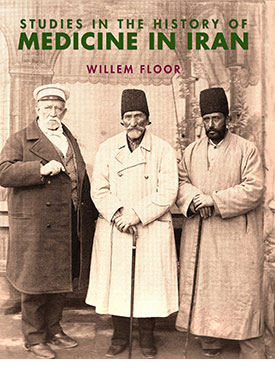 Studies in the History of Medicine in Iran

During the second half of the nineteenth century, in an effort to combat diseases such as the plague and cholera that spread with impunity across international borders, Iran was at the center of international politics and cooperation. The studies in this book begin with the role Iran played in the international efforts to mitigate the spread of these diseases at a time when the international medical community differed in their opinions about the contagious nature of these diseases and the need and usefulness of quarantine. The essays continue with discussing malaria and rinderpest, which also caused a great deal of human misery and economic loss. The Iranian government, as well as the Anglo-Iranian Oil Company–a major employer at the time–took steps to suppress and mitigate the effects of these diseases that ravaged the work force. Influenza was a relatively unknown disease for Iran, which in 1918 caused many deaths, like in the rest of the world, and thereafter, became part of its annual disease pattern. Finally, a rather little known medical condition, that of geophagy–the practice of eating earth–is discussed. In the 1850s, to develop its own medical infrastructure and improve public health the government of Iran hired foreign physicians such as Joseph-Désiré Tholozan and Johannes Lodewijk Schlimmer to train future Iranian physicians and provide medical advice and technical assistance. The essays about these two doctors contain exciting new research and information.

Plague and Cholera in Iran 1

The Turkish Sanitary Service and the Shiah Pilgrimage 90

In the South from India 97

In the West from Mesopotamia 97

AIOC’s medical service at its demise 124

The Early Steps Toward Veterinary Medicine in Iran 139

Facsimile of the Report by Captain Lawrence The Occurrence of
Rinderpest in Persia, 13 October 1919 146

Johannes Lodewijk Schlimmer and the Creation of
Persian Medical Terminology 167

Education in Rotterdam and Leiden 169

Departure for Iran via Syria 170

Teacher at the Dar al-Fonun 173

Schlimmer as Promoter of Dutch Trade 174