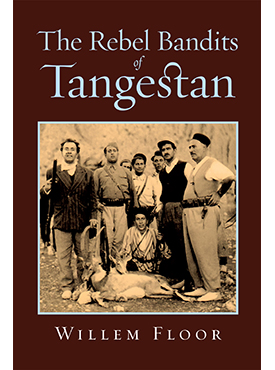 The Rebel Bandits of Tangestan

The hinterland of Bushehr on the Persian Gulf—Tangestan, Borazjan, Dashti, and other districts—was populated by a disparate and poor people, who were at constant war with each other. It was not only neighbors who fought and preyed on each other, but also close family members, and even fathers and sons. The traditional chiefs were heavily engaged in smuggling, in rustling cattle and sheep, in raiding villages and caravans, and in land grabs. They opposed any interference with their traditional authority and way of life, whether it was by the central or local government or a neighbor. They were not concerned that their peasants were oppressed, but rather that it was government officials who oppressed them, leaving fewer pickings for the chiefs. If they saw an advantage in collaborating with the government they did so, in particular when that was harmful to their neighbors, with whom they often had a blood feud. The rule of the game was that everything could and should be sacrificed for personal gain. The cost to others be damned.

After a modernizing government was established in Iran in 1921, it wanted to impose law and order, and bring to heel chiefs, who had been unruly for centuries and only paid taxes under threat of arms. As of 1925, a disarmament campaign tried to collect arms during the winter months and impose the rule of law. Although in 1931 many chiefs were arrested and banished to other parts of Iran, the petty chiefs and rebel bandits resisted at every occasion. To counter the growing anarchy, in 1941 the military allowed all banished chiefs to return to their traditional districts and tried to use them to keep law and order. The returned chiefs then used the army to bolster their own position vis a vis their rivals and to weaken the measure of control that the central government had over their area. Despite the disarmament and pacification drives that the army engaged in, by mid-1940, the Tangestanis, Dashtis and Dashtestanis were still a source of trouble. Nevertheless, the military operations had left their mark on the area, for by 1950, the chiefs in the three regions, although not lacking in influence, were merely landowners.

The Rebel Bandits of Tangestan is a deep dive into early-twentieth century history of an oft-neglected region of Iran and the Persian Gulf. It is a fascinating and well-researched account that reveals unknown details that will be rewarding to scholars and general readers alike.